Wilder (The Chosen Ones #5) 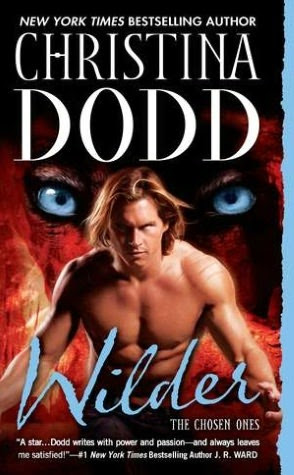 All your dreams come true! Well, maybe not that weird dream where you’re back in high school and you can’t get your locker open and you find out you have an algebra test but you haven’t studied and all the erasers on all your pencils are worn down… Not that I’ve ever had that dream. Nope. Not me.

No, this is a fabulous dream come true. After a wait of two years, WILDER: The Chosen Ones hits the shelves and your e-readers!

As a young man, Aleksandr Wilder abandoned his duty—and for that lapse, he has been tortured, tormented … and transformed.  Now he prowls the tunnels beneath the city, fighting on the frontline against the forces of hell, never daring to dream that he can live as a man again.
After seven years fighting the world’s ultimate evil, Chosen One Charisma Fangorn has become a tough, strong warrior without illusions or joy…even her gift of hearing the earthsong has faded.  Deaf to her own instincts, she never suspects that a monster lurks in the dark underneath the streets.
When Aleksandr finds Charisma under attack, he rescues and cares for her, and hope stirs once more in his heart…and in the world. But in the secret recesses of his soul, he knows the truth. A woman so exceptional could never love a beast…could she?